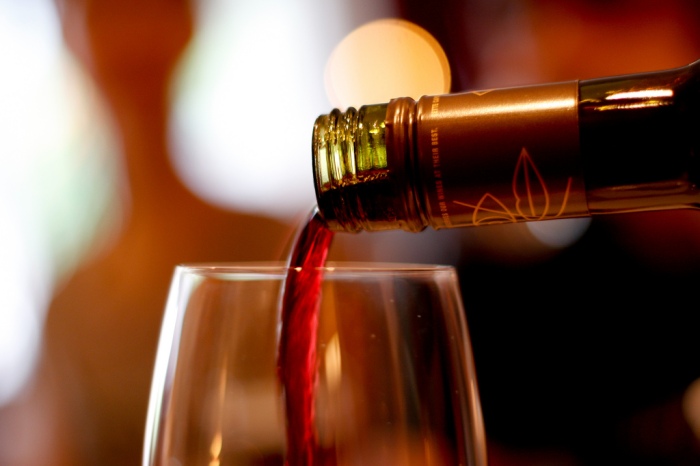 These days, I consider myself pretty cynical when it comes to the outside world.  I think I have a pretty good idea what-all our society is up to.  However, a few weeks ago, Lauren sent me an article that made my jaw drop.  Apparently, one of the big trends among the soccer-mom set these days is drinking.  Alcohol consumption, especially wine, is way up for women who have kids at home.

This is a big change from the way things historically have been.  Back in the day, it was the men who did the drinking and the women who disapproved of it.  However, that’s no longer the case.  Women are rapidly catching up to men in drinking, binge drinking, and alcoholism.  I think this trend is all the more dangerous because of the innocuous way that it’s being presented, with ponytailed YouTubers joking about how their kids drive them to drink.  I have no idea how many people here drink at home, but I do know that it’s not a good idea for any of us.  Let’s consider, then, the unpleasant subject of wine and women.

The first thing that I want us to recognize about this phenomenon is that IT’S A COPING STRATEGY.  We see this use of alcohol discussed in Proverbs 31:4-7.  This is an idea that all of us are familiar with.  People drink because they think it helps them with their problems.  That’s what’s going on with this increase in drinking among moms.  According to the article, more than 80 percent of survey respondents who drank said they drank to relax and unwind.  What’s more, two-thirds of them said they drank either alone or with a spouse/partner.

This is a dramatic change from what I was used to hearing about growing up.  Back then, the euphemism for drinking but not getting drunk was “social drinking”.  It was assumed that such drinking took place in the course of a meal or a cocktail party or going to a bar, and proponents of social drinking argued that it was much more about the social than the drinking.

This is not that.  This is not about having fun with friends.  This is about drinking to relieve stress, and that strikes me as a very, very dangerous pattern to get into.

Don’t get me wrong.  We all need some way to relax and unwind.  However, not all modes of relaxation are created equal.  You want to relieve stress by reading the Bible, praying, or spending time with family and Christian friends?  Great!  Go to, I say.

For that matter, I think there are plenty of morally neutral activities that Christians can use to relax.  You like watching TV?  Fine, assuming you’re not watching HBO.  The same goes for playing video games, working on some hobby, or physical exercise.  In moderation, all of those things can have their place in our lives.

Drinking isn’t like that.  Drinking is much darker morally because drinking carried to an extreme is black-letter sin.  Besides, if you drink a little bit because of life’s everyday problems, how much are you going to drink when life hands you a really big problem?

In fact, I think that drinking as a coping strategy REFLECTS A LIFE OUT OF BALANCE.  Consider here the warning of Ecclesiastes 4:6.  This is a verse that our society needs to pay attention to.  Because we exalt being busy, we often end up with the two hands full of striving after wind instead of the one hand full of quietness.

In a life like that, a life that is crowded with too many things, drinking becomes the coping strategy of choice because it’s easy.  As one of the women quoted in the article said, “I’m more patient and more fun when I’ve had my wine. It’s not my only outlet—it just happens to be the most convenient one.”

Here’s the thing.  Studying the Bible or praying—that takes time.  Exercising takes time.  Talking with your spouse takes time.  Opening that bottle and pouring a glass of wine, or two, or three, though—that doesn’t take time.  You can be knocking back the booze in 30 seconds.  It’s the McDonald’s of stress relief.  It’s what you do when everything else is too demanding.

There are two problems with this.  First of all, because the solution is so convenient, it frees us from having to take a long, hard look at our life choices.  If I don’t have the time and energy to regularly reconnect with my Creator, there’s something wrong.  Alcohol doesn’t fix the problem.  It just covers it up.

Second, drinking gets less effective over time.  Healthy coping strategies aren’t like that.  I generally unwind by spending an hour or two talking with Lauren after the kids go down.  That’s a pretty stable thing.  I don’t anticipate that next month, I’m going to need to talk to her for three hours a night to get the same effect.  However, if I’m used to calming down with a drink or two, next month, I might need three to reach the same point, and that’s a problem.

Third, it’s generally true that any amount of drinking DIMINISHES SELF-CONTROL.  Consider, for instance, Paul’s words in Titus 2:11-12.  As we mature in the faith, I think that one of the delusions that we must overcome is that every activity in the world appears on one of two lists.  The first list is the list of sins.  The second list is the list of activities that aren’t sinful, and therefore are perfectly fine and without harmful spiritual effect.

Reality is much more complicated than that.  Some decisions bring us closer to God; other decisions, even if they aren’t black-letter sinful, pull us farther away from Him.  We should regard decisions like this with suspicion and concern.

In this particular case, let’s plot drinking on the Titus 2:11-12 matrix.  Where does that glass or two of wine after supper put us?  Does it make us more likely to renounce ungodliness and worldly passions?  Does drinking actively help us to live self-controlled, upright, and godly lives?  Or, instead, is the opposite true?

I think every one of us knows the answer here.  Alcohol is a depressant.  It affects different people to different degrees, but for all of us, however slightly, it lowers our inhibitions.  The Romans had a saying, “In vino veritas,” which means, “There’s truth in wine.”  When we drink, we say things that we otherwise would not have said—things that we had a good reason not to say.  The same is true for actions.  The real us comes out, the us we had decided not to be while sober.

Friends, that sounds like a terrible idea!  As Christians, we strive to develop wisdom, self-control, and good judgment.  When we drink, we become less wise, less controlled, less sound in our thinking.  Maybe I’ve only drunk a little bit, so my judgment has only become a little bit worse.  Is that still something that’s going to draw me closer to God?

Fourth, drinking LEADS TO DRUNKENNESS.  Look here at Ephesians 5:18.  Clearly, drunkenness is a black-letter sin.  When we get drunk, we have broken our promise to God and need to seek His forgiveness.

What’s more, when we are drunk, all of the judgment problems we’ve described with drinking are magnified.  Drunk people generally give themselves over to whatever the flesh wants to do.  Drunkenness leads to sexual immorality, quarrelling, reputation damage, and even crime.  Back when my brother was still a state prosecutor, he told me that most of the confessions he took began with the words, “My buddy and me, we were drinking, and we decided. . .”  The devil loves a drunk.

When the fruit is so bad, friends, we need to ask whether we ought to be planting the tree to begin with.  Let me give you an illustration.  Imagine with me that I go to the elders and say, “I like women.  I like looking at women.  However, I know that lusting after women is a sin.  What I’ve done, then, is set my computer up to show me a slide show of increasingly provocative pictures of women.  I’ll have my fun looking at them until I sense that I’m about to lust, and then I’ll stop the slide show.”

Brethren, you know as well as I do that if I were ever fool enough to propose such a thing, it would lead at a minimum to many earnest discussions with the elders, and possibly to me looking for someplace else to preach!  That ain’t playing with fire.  That’s rolling around in it.

And yet, isn’t that exactly what people are saying when they say, “I drink, but I’m careful not to get drunk”?  Even though the more they drink, the more their judgment declines, they’re going to use that judgment to stop before it’s too late every single time.  Friends, that doesn’t show nearly enough respect for the devil.  Are we so wise and is he so weak that we can take ourselves 95 percent of the way to black-letter sin and be confident that he won’t sweep us over the remaining 5 percent?  The only way we can be sure we’ll never get drunk is never to drink in the first place.

Finally, drinking HARMS FAMILIES.  We see mothers’ God-given responsibilities outlined in Titus 2:4-5.  As every mom knows, this is not easy work.  On top of the work outside the home that many women do, being a godly wife and mother is a full-time job in itself.  When the task is so demanding, I can’t imagine that any woman is going to be better at it when she ties one spiritual hand behind her back by imbibing alcohol.

What’s more, women need to consider the effect that watching their drinking habit will have on their children.  The author of the article acknowledged that sometimes she has had trouble with having too much to drink, but she can look back to the time when she watched her own mother get tipsy after having four drinks every night.

This is a common experience for children whose parents drink.  52 percent of the moms in the survey said they regularly drank in front of their children, and 47 percent said they had been tipsy or drunk in front of their children.  Basically, if you’re willing to drink in front of your kids, there’s about a 90 percent chance you’ll get drunk in front of them too.  Every day of our lives, we’re training our children.  What do you think that trains them to do?  And yet, 77 percent of the surveyed mothers said they believed that alcohol didn’t affect their ability to parent.  Let’s not fall for that, friends.  Let’s remember that the effects of our parenting choices can linger for generations.

2 thoughts on “Wine and Women”