Skip to content
HomeAre These the Days of Elijah? 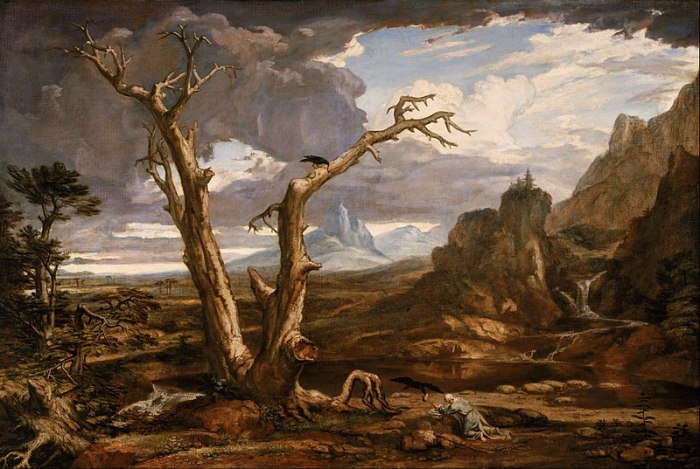 I will admit to considerable ambivalence about the hymn “Days of Elijah”.  The tune is stirring, and it undeniably has lots of Biblical content that gives me a great deal to think about.  Nor, despite discussion to the contrary, do I think the hymn is premillennial.  (Note that, as always, only hymns that say something get criticized, while hymns that say nothing get a pass even though they teach nothing.  It’s hard to see the problems with what isn’t there.)  In short, there are many credits on the ledger.

On the debit side, though, I have to list the unfortunate couplet about David rebuilding the temple.  Yes, I’ve read the author’s defense.  No, I don’t buy it.  Instead, I think that one of the problems with writing a song in the church kitchen in half an hour is that you’re prone to make mistakes.  However, once people worldwide have started singing your mistake, it’s tough to admit that.

More than that, though, the content simply makes me uneasy.  The hymn brings in all sorts of Biblical concepts that fit together in a coherent picture, but I don’t think the picture is one that the author intended.  The music of the song is bouncy and upbeat, but the days that we’re singing about so happily are not.  Not at all.

Let’s start with Elijah, who may also be a stand-in for John the Baptist (“Prepare ye the way of the Lord!”).  However, are the days in which we live comparable to the days of Elijah or John either one?  In the days of Elijah, the wicked queen Jezebel turned almost all of God’s people away from Him.  Only seven thousand did not bow the knee to Baal.

Slaughter is also on the menu with John the Baptist.  In Matthew 3:10, he warns, “Even now the axe is laid to the root of the trees.  Every tree therefore that does not bear good fruit is cut down and thrown into the fire.”  John and Jesus Himself strove desperately to keep the Jewish nation from being destroyed for its wickedness.  The Jews refused to listen, and the end came in 70 AD.

Things were no better in the days of Moses.  God’s verdict on His people in those days appears in Psalm 95:10-11, where He says, “For forty years I loathed that generation and said, ‘They are a people who go astray in their heart, and they have not known My ways.’  Therefore I swore in my wrath, ‘They shall not enter my rest.’”  Yes, God’s righteousness was restored in the days of Moses, but it was restored when all but two of 600,000 men perished in the wilderness.

How about the days of Ezekiel?  God warns His prophet in Ezekiel 3:7, “But the house of Israel will not be willing to listen to you, for they are not willing to listen to Me; because all the house of Israel have a hard forehead and a stubborn heart.”  Yes, the figure of the valley of dry bones does appear in Ezekiel, but why is the figure there?  It’s there because God’s people are so wicked and are going to be punished so severely that God turning them into a nation again will be like giving life to a valley of bones.

The chorus fits all this imagery, but once again, I’m not at all sure that it fits in the way the author intended.  “Behold, He comes!”  Scripturally speaking, there are multiple days of the Lord, multiple comings of the Lord.  Salvation does appear, but it is salvation for only a righteous remnant, and the vast majority of people will be destroyed.  God coming in judgment is a fearful thing!  (“Consider Amos 5:18-20,” adds my wife.)

Are these, then, the days of Elijah?  Not some imaginary happy-go-lucky days of Elijah, but days in which God will come in His dreadful guise as the Judge of nations to mete out justice to the wicked?  I fear that they might be.  I fear that very much.

Scripturally speaking, the Last Judgment and the end of the creation cannot be predicted, but intermediate judgments can be.  As Jesus criticizes the Pharisees in Matthew 16:2-3, “When it is evening, you say, ‘It will be fair weather, for the sky is red.’  And in the morning, ‘It will be stormy today, for the sky is red and threatening.’  You know how to interpret the appearance of the sky, but you cannot interpret the signs of the times.”  Judgment was coming, and the Pharisees should have seen it.

Maybe we’re there.  Maybe that’s how wicked our nation has gotten.  These may indeed be the days of the harvest in an AD 30 sense, when Jesus tries frantically to save as many people as possible from the disaster of the Great Jewish Revolt.

I think the argument can be made that this has happened before to the United States.  Both Abraham Lincoln and Julia Ward Howe, for instance, believed that the Civil War was a divine judgment for the national sin of slavery.  Neither one of them was a fool, and they may well have been right.

It is certain, though, that whether this is coming or not, none of us should contemplate such a coming with a light heart.  Our country has been so powerful and peaceful for so long that we’ve forgotten what it means to have our cities wrecked and thousands of our neighbors butchered.  However, God has not ceased to control history, nor has He forgotten how to avenge Himself on His enemies.

This, then, is why I have difficulty with “Days of Elijah”.  It’s not that I think the hymn is wrong.  It’s that I’m afraid it may be right.