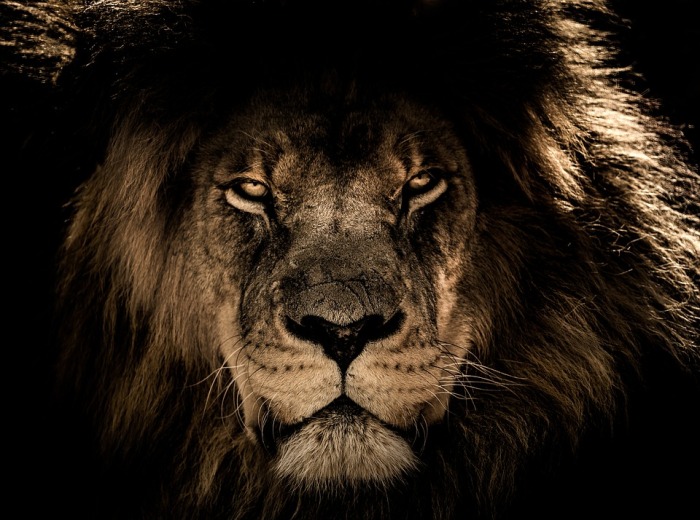 As a rule, whenever I get a request for a sermon from somebody, I do my best to honor it, and that’s true even when the requester is my six-year-old son.  A few weeks back, Marky told me that he would like me to preach a sermon on defeating passing pleasure.  I find this particularly interesting because a couple of years ago, Zoë requested a sermon on essentially the same topic.  It makes me wonder if there’s some point in human development when a child becomes conscious that they ought to try not to do bad things.

Even though the question may occur to us very early on, though, none of us ever succeed in answering it completely.  My temptations are mostly different than they were when I was 20, but I still continue to fight temptation.  The devil is constantly after every one of us, seeking to drag us down into the world.  Unless we prepare ourselves to resist him, he will surely defeat us.  Let’s give our attention to the question, then of what we can do to defeat passing pleasure.

In this struggle, the first thing that we must learn to do is to GUARD THE HEART.  Consider what Jesus tells us in Matthew 15:17-20.  In context, Jesus is critiquing the Pharisees for inventing all sorts of traditions that they then sought to bind on others.  He points out that spiritual problems don’t come from failure to honor human traditions about food.  Rather than corruption passing into the body from what we eat, corruption begins in the heart and then spreads outward.

From this, we must learn not to put too much weight on outward observance.  I’ve told y’all several times already that I think every Christian here should be in attendance every time the doors are open.  Obviously, Sunday night and Wednesday night services are not commanded, but none of us are in such good spiritual shape that we can afford to pass up the opportunity for more instruction.  Interestingly, I’ve noticed that the more spiritually mature somebody is, the more likely they are to consistently attend.  The point is that if we don’t think we need multiple services a week, we’ve probably got another think coming.

At the same time, though, we must not think either that consistent church attendance is enough to enroll us in the Lamb’s book of life.  It is entirely possible for the inward life of our hearts to be completely at odds with our outward practice.  We can be physically in the pew and yet be consumed within with lust, materialism, bitterness, and every other sin of the heart.  If that’s so, our attendance won’t save us.  Our hearts will corrupt us.

We must be careful, then, to make sure that God’s word is in our hearts as well as in our ears.  We have to resolve to think only about what is pure and good.  We have to be wary of the evil thoughts that the world constantly strives to insert in our hearts.  Every sin we commit first begins in the heart, so if we keep our hearts secure from the devil, he can’t find any foothold in our lives.

Second, we must PRAY.  Look at the example of the Lord in Mark 14:37-38.  In a few hours from this conversation, Jesus and Peter are going to go down dramatically different spiritual roads.  Jesus is about to make the good confession before Pontius Pilate and complete the work that God has given Him to do.  Peter, rather than making the good confession, is about to deny the Lord three times and be plunged into an abyss of guilt and despair.

However, these different outcomes are entirely predictable on the basis of what we see going on in these two verses.  Both men know that they have a serious spiritual trial looming.  Jesus spends the night in prayer preparing for it.  Peter, by contrast, spends the night sleeping even when Jesus tells him he needs to pray.  Is it any surprise, then, that Jesus succeeds where Peter fails?

The same thing is true for us.  It’s very difficult for prayer and temptation to coexist in the same heart.  Either we embrace prayer, and we drive out the temptation, or we pursue the temptation and refuse to pray.  When we choose to pray, then, we defeat the devil.

Second, prayer is also useful in a time of future or ongoing temptation.  It may be, for instance, that we’re in the middle of some kind of dispute with a brother.  If that’s the case, prayer is one of the most important tools we have to ward off bitterness.  When we ask, God will surely strengthen and help us.  We can also use prayer to prepare ourselves for a difficult encounter, just as Jesus did.  Through prayer, we ensure that we have our attention turned toward God, and that God has His attention turned toward us.  Nothing could be more valuable in our striving against sin than that!

Third, we must BE WATCHFUL.  Peter makes this point in 1 Peter 5:8-9.  Here, we see one of the most famous descriptions of the devil in the whole Bible.  Peter says he’s like a roaring lion.  However, I don’t think we should conclude from this that the devil will always let us know that he’s coming.  Lions themselves like to roar, especially at night, as a way of marking their territory.  However, they don’t roar when they’re hunting.  Instead, they sneak up on their unwary prey and attack from behind.

So too it is with the devil.  He likes to let us know that he’s out there, in order to keep us fearful and uncertain.  However, when he’s actively stalking us, he’s often very quiet.  He doesn’t attack us where we are strongest spiritually.  He doesn’t present us with some crazy, off-the-wall temptation that we would reject immediately.  Instead, he leads us on, bit by bit, with things that, though unwise, are not black-letter sinful, until finally we are within pouncing range and he jumps on us and devours us.

Let me give you an example.  So far as I’m aware, there is no verse in the New Testament that straight-up says, “Thou shalt not drink alcohol.”  From this, some unwary Christians conclude that it’s perfectly fine for them to drink so long as they don’t get drunk.

Fourth, we must REMEMBER THAT PLEASURE IS PASSING.  Look at 1 John 2:15-17.  This is one of the main things that the devil wants us to forget.  He wants us to focus on how enjoyable sin is, and yes, most of the time, though not always, sin is pleasurable.  However, saying that we should sin because it’s pleasurable is about like saying that we should jump off the Empire State Building because of all the fun we’ll have flapping our arms and pretending to fly on the way down.  Both statements are true as far as they go, but they overlook something important.

If the pleasures of sin are passing in this life, how much more are they passing when we consider the life to come!  We often cringe at the awfulness of hell, but there’s a sense in which hell is the final progression of the effects of sin.  The more we sin, the more our pleasure decreases and our pain increases.  If we persist in that course, we end up in hell, where there is no more pleasure and an infinite amount of pain.  Sin leads to eternal death.  Only righteousness leads to eternal life.

Finally, in order to defeat pleasure, we must TRUST IN JESUS.  Consider John’s words in 1 John 2:1-2.  I believe that defeating passing pleasure is an important topic to preach on, but I know that it’s also a depressing one.  Here we are, confronted with all that the Bible says about not sinning and how bad the consequences of sin are, but all of us know that we have sinned regardless.  What’s more, we know that despite having pledged ourselves to Jesus, no matter how much we hate sin and desire righteousness, we still find ourselves continuing to sin.

In this, our only hope is Jesus.  Yes, I’m preaching so that we won’t sin, but even if we do, we still have Jesus as our advocate.  Yes, by our sin we provoke the wrath of God and store up eternal judgment for ourselves, but Jesus died to allay God’s wrath.  I’m ashamed that Jesus had to die because of my failure to control myself, but brethren, I am so, so thankful that He did!  I know that I can’t trust in myself, but every one of us can trust in Jesus.

What’s more, we need to learn to accept the forgiveness that He offers.  I know a lot of Christians who go around beating themselves up over their sin even years after they repented.  That’s about like trying to buy a meal after somebody else has already paid for it.  Yes, we failed Jesus, but Jesus didn’t fail us.  Don’t be guilty.  Be grateful!