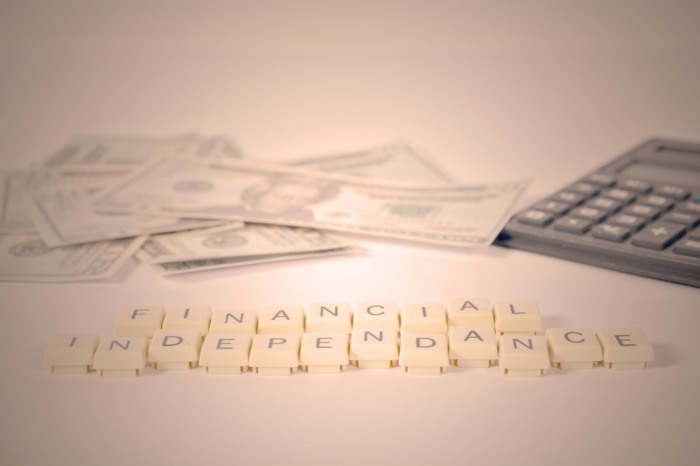 There are two kinds of people in the world:  those who like spending money, and those who like having money.  Often, with unerring instinct, they find each other, marry each other, and devote the next several decades to arguing about money with each other.  I’m definitely in the second camp.

My co-worker observed the other day that most men have a hobby that they like spending money on.  “I don’t have any expensive hobbies,” I noted to my wife.  She replied, “Your hobby is piling up money.”

As a result, it’s not surprising that for the past several years, I’ve been drawn to blogs that advocate FIRE (which is short for “Financial Independence, Retire Early).  Never mind that I love preaching and hope to implement the David Girardot Retirement Plan, which is to preach your last sermon a week before you die.  I am nonetheless drawn to the notion of accumulating enough money that I can spend the rest of my life doing Whatever I Want and not having to worry about finances.

I think there’s a problem here, and the problem is not only that all the spenders who read my blog now think I’m nuts.  Most of us are aware of the spiritual problems with materialism.  We see that devoting ourselves to heaping up more and more possessions has all kinds of negative consequences, both in this life and in the life to come.  Advertisers love spenders, but they’re not exactly viewed as a morally upright tribe.

Savers, though, are respectable people.  Dave Ramsey and other similarly minded folk imply that Christians ought to be savers.  Saving requires self-control, the ability to delay gratification, and a host of other virtues.  As a result, it follows that FIRE, which is simply saving carried to its logical extreme (some FIRE bloggers encourage saving 50-75 percent of gross income), is morally excellent, right?

In reality, there are as many potential pitfalls on the FIRE road as there are on the road of consumerism.  The first, oddly enough, is that it isn’t focused on the moment.  As Paul observes in 1 Timothy 6:17, God richly provides us with all things to enjoy.  We’re supposed to look to the future, but we’re also supposed to enjoy the now as an appropriate reward for our labor.  If we spend our lives on a financial diet instead, so that our budget is skewed toward the future, we’re cheating ourselves out of one of God’s blessings.

Second, as with the accumulation of most things, FIRE practitioners tend not to stop accumulating money once they reach their goals.  If they start drawing down that precious reserve of capital, they tend to start getting nervous.  There are FIRE bloggers who famously live on around $25,000 a year while pulling in $400,000 a year from their blogs alone.  They’re millionaires many times over, and they will probably continue adding to that total until they die.

You can die and leave your pile to your kids, but your kids might well turn out to be idiots.  In fact, the more money you leave them, the more likely this is.  Paris Hilton says hi.

How about charity?  There are certainly FIRE bloggers who are big into donating money to make the world a better place.  However, is X Charitable Foundation more likely to be more responsible with your money than your kids?  Again, quoth Solomon, “When there is a man who has labored with wisdom, knowledge and skill, then he gives his legacy to one who has not labored with them. This too is vanity and a great evil.” (Ecclesiastes 2:21)

My brother interacts with the big charitable foundations from time to time, and he says that they typically distribute cash in $100K blocks.  If you are some organization and you come to them with your hand out, they’ll drop a hundred large on you just to see what you do with it.  If you use it wisely, they’ll give you more.  If not, oh well.

That sound you hear is skinflint 19th-century robber barons turning over in their graves.

The thought is anathema to savers, but it’s probably true that most of us are squirreling away money so that somebody down the road can squander it.

Finally, and most importantly, it’s hard to construct a great big pile of money without beginning to put your trust in the pile instead of in God.  In fact, you’re probably constructing the pile because you want to trust in the pile.  You’re afraid of going through life without a pile, and you want one to protect you.

There are some flaws with this logic.  Exhibit A, of course, is the rich farmer of Luke 12:13-21.  He thought he had provided for himself for the rest of his life (he should have maintained a FIRE blog and chronicled his journey toward financial independence!), but in reality, he had failed to provide the one thing that he needed.  When you’re dead, only the treasures you’ve stored up in heaven are still accessible.

All this is not to say, of course, that early retirement as such is a goal that Christians shouldn’t pursue.  Last fall, while I was visiting the Dowlen Road church in Beaumont, TX, in the aftermath of Hurricane Harvey, I met a retired couple from Washington.  They’d gone to Texas because they’d heard that there were brethren in need of help, and they were planning to stay there until May, helping to rebuild the houses of Christians who had lost everything.

I admire that.  I have similar admiration for David and Dana Carrozza, who have devoted their retired lives to raising funds for Christian adoptions.  If you want to retire early because there’s some good work you’ve got your eye on, great!  May the Lord bless you as you strive toward that goal!

However, beware of retiring early for the sake of retiring early, so that you can do Whatever You Want.  Too much of the time, saving money for that purpose is the construction of an idol–an eminently respectable idol, but an idol nonetheless.