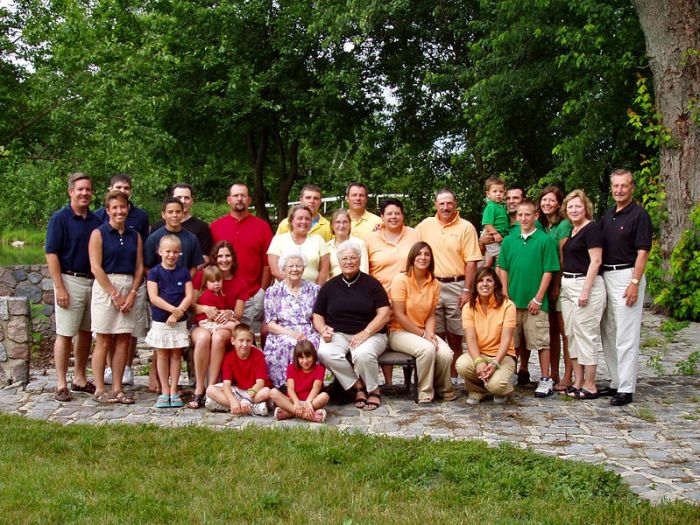 It’s commonly said that in the churches of Christ, “we” don’t spend enough time talking about grace.  That may well be true in some churches, but I don’t think that anybody but God knows enough about our extremely diverse brotherhood to correctly describe what we do or don’t emphasize in our peaching.

Additionally, I think that sometimes the people who make such comments have trouble understanding Biblical grace, as opposed to pop-culture Christianity grace.  The two are very different concepts.  Pop-culture grace just kind of rolls over you while you do nothing; Biblical grace demands that you get up and do something.  Faith in Jesus and obedience to Jesus aren’t contradictory; instead, they’re two halves of the same whole.  Let’s consider this evening, then, what grace-filled living looks like.

If this is the mode of life we have chosen, we choose it because we have been TRAINED BY GRACE.  Consider what Paul has to say to Titus in Titus 2:11-14.  In this text, grace is described as having some effects that everybody would expect, but also some that few would expect.  In the first category, Paul tells us that when the grace of God appeared, it brought salvation for everybody.  Let’s be clear, friends.  Every single human being who will ever be saved from their sins will be saved by the grace of God.  Without that grace, we would have zero hope.  People who think that they can get to heaven on their own by being good are sadly deluded.

It’s not enough for us to check off our supposed Christian checklist every week.  Sang in the assembly?  Check.  Partook of the Lord’s Supper?  Check.  And so on.  Instead, we have to be eager to carry out God’s will in every area of our lives.  We have to be so thankful for the grace that we have been shown that we want to offer everything we have in return.  That’s what being zealous for good works means.  If we aren’t passionate about godly living, we don’t understand grace.

Even though this passion must animate every Christian, it’s going to reveal itself in different ways in Christians in different stages of life.  For instance, the grace-filled Christian will be REVERENT IN AGE.  Look at Titus 2:1-4.  The reality is, friends, that older brothers and sisters have a lot less time on the ole countdown timer than they did 20 years ago.  All of you, even the ones who have been alive for thousands of years like Bradley, are going to stand before your Creator in judgment relatively soon.  As the saying goes, the young may die, but the old will die.

That’s a sobering prospect, and older Christians who are living with the end in mind will live sober, dignified lives.  Is there anything more pathetic, anything more squalid, than an old sinner?  Some poor wretch, ruined by their vices, still trying to wring the last drops of pleasure from those vices?

It’s a sorry spectacle, and Paul says, if you haven’t already, give that stuff up!  Don’t be a gossip.  Gossip is a sorry vice.  Don’t be a drunk or a drug addict.  Be somebody who can be counted on, both to live an upright life and to be useful in the kingdom.

Let me explain.  Let’s say that there’s a younger brother here who’s going through a rough patch in his marriage.  He wants to come into my office and sit down with just me and close the door and talk about his problems, not sparing even the most intimate details.  That’s completely fine.  Any brother here who needs help, my door is always open.

However, that’s emphatically not true for the younger sisters.  Shawn and I both decided years ago that we are never going to meet alone with a woman, particularly not a young, pretty woman.  I am not going to discuss the private details of a woman’s marriage with her, even when somebody else is present.  It wouldn’t be decent.  Preachers who do that are putting their own souls at risk.

That leaves a gap that only older women can fill.  Older sisters, I appeal to you.  There are younger women in this congregation right now who would love to have your help.  Reach out to them.  Build relationships with them.  When they come to you for help, help them.  That’s what God wants you to do.  Give this portion of your life to Him.

Similarly, our experience of God’s grace and hope of eternal life with Him ought to ensure that Christians are SELF-CONTROLLED IN YOUTH.  Look at Titus 2:4-8.  Once again, this is a path that the world does not want to see us take.  Arguably the most dominant age in American society is the teenager, and there’s an awful lot of pressure on young Christian women and men to keep on behaving like teenagers, except with a much greater capacity for wickedness.

For younger women, this means accepting their roles as wives and mothers.  They’re commanded to love their husbands and children, the kind of love that loves even when it’s difficult, love that is not an emotion but a decision.  They need to keep their homes under control, and they need to submit to their husbands.  This isn’t our society’s way, but it is God’s way, and God’s way is always best.  Submission works out differently in every marriage, but it’s always up to the woman to make sure that God is glorified in the way she honors her husband.

Paul also has words for young men, particularly Titus.  Basically, he doesn’t want Titus to be a lightweight.  He doesn’t want him to be somebody who can’t control his body or his mouth.  Instead, Titus is supposed to act older than his years, so that even people who don’t agree with him will still respect him.

There are always going to be people who claim Christians are hypocrites.  There are always going to be people who are going to examine our lives with a microscope once they find out that we are believers.  They’re eager to discover some flaw in us that they can use to condemn Christianity in general.  We’ll never be able to prove people like that wrong with our words.  Instead, we have to prove them wrong with our lives, by making sure that when they’re looking for dirt on us, they’ll always be disappointed.  We live this way not because it’s easy, but because we live for God, and we want to lift Him up.

Finally, if we understand what God has done for us, we will be FAITHFUL IN WORK.  Consider Titus 2:9-10.  Of course, like most texts in the New Testament about working for someone else, this is about the relationship between masters and slaves.  However, there are still lessons here that apply to us.

First, employees shouldn’t be pilferers.  Working for an employer does not give anybody the right to steal from him!  This includes even penny-ante stuff like sneaking food if you work for a fast-food restaurant.  Unless the manager lets you have it, don’t take it.

For all of us, this includes the theft of time.  Solomon says in Proverbs that a lazy messenger is like smoke to the eyes and vinegar to the teeth of the one who sends him.  All too many employees are that way.  They do the minimum that they think will keep them from getting fired and spend the rest of their time “at work” goofing off on their smartphones.  Christians should never act like that.  Christians should work hard.

Instead, our behavior on the job should be marked by two things:  submissiveness and good faith.  I think submissiveness involves doing what we’re told, but I also think it involves putting our goals below our employer’s goals.  We should be seeking their good in good faith.

Why live this way?  Not for the sake of earthly advantage, though employees like this generally find favor with their employers.  Instead, we do it to adorn the doctrine of God, to be a credit to Christ and His church.  Even when we’re on the job, we aren’t on the job for ourselves or our employers.  We’re on the job for the Lord first of all, and because that’s true, the service we offer our bosses second of all ought to be better than anyone else’s.