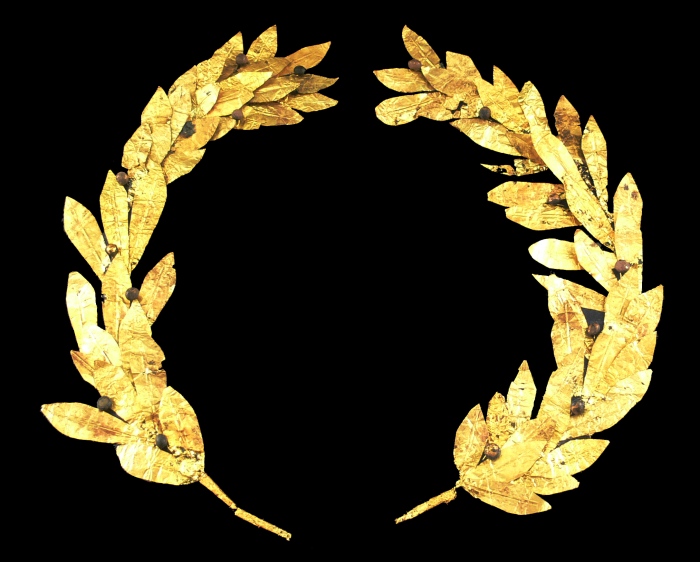 For our final lesson before the big special service this afternoon, I wanted to zoom out as far as I could and ask “Why?”  Why have we been putting so much effort into promoting this?  Why is it important to get as many people as possible here at 3?  For that matter, why should we be here?  To zoom out even further, why should we ourselves be Christians at all?

One of my favorite answers to these questions appears in 1 Corinthians 15:56-57.  Serving Jesus is worth it, and calling others to serve Him is worth it because through Jesus, we can have victory.  Indeed, victory over the greatest challenges of life is only possible through Jesus, which means that if we don’t live for Him, defeat is the only possible result.  Being in Christ transforms our lives, and it can transform the life of every human being on the planet.  Let’s consider this morning, then, how we can achieve victory in Jesus.

First, Jesus offers us VICTORY OVER SIN.  The apostle Paul describes this victory in Ephesians 2:1-7.  I know that false teachers have misused this passage for centuries, but this morning, let’s not worry about what it doesn’t say.  Let’s rejoice in what it does say.

It says that before the grace of Jesus entered our lives, we were dead in our sins.  We were the miserable slaves of the prince of the power of the air, Satan himself.  Our lustful, corrupt lives practically begged for God to pour out His wrath on us.  If God had chosen to send the lot of us to burn in hell forever, it would have been nothing more than we deserved.

But God looked on us in our wretched, hateful condition and chose to love us instead.  He chose to pour out His rich mercy rather than His just wrath, and the instrument of His grace was Jesus Christ.  Through Christ, God worked four great things.  He made us alive with Christ, raised us up with Him, and seated us in the heavenly places in Him, so that forever, our very existence would proclaim the magnificence of God’s grace in Christ.  Every one of us is now a monument to the mercy of God.

It’s like this.  Normally, when sculptors are commissioned to produce a statue, they choose the best raw materials they can:  marble, bronze, or perhaps even silver and gold.  That’s not what God did.  Instead of choosing the best raw materials, He chose the worst.  He went poking around in the garbage dump and the sewage-treatment plant.  He found us when our sin was a stench in His nostrils, and He said, “Jesus, make these into something that is fit to glorify Me.”  Jesus did.

That is how completely our sin has been vanquished, defeated, and utterly erased.  Through His grace and His grace alone, we now are fit to glorify a perfect God.  That, friends, is a victory of unimaginable power!

Second, Jesus offers us VICTORY OVER SELF.  Consider Paul’s words in Romans 13:12-14.  We must remember, friends, that our salvation is only the beginning of God’s work in us.  If we are saved from our sins but continue to live in those sins, we do not glorify God.

Instead, we must reject the unfruitful works of darkness.  As always, I’m struck by how modern-sounding a book Romans is.  Those Roman Christians were surrounded by people who were given to drunkenness, sexual immorality, and quarreling.  What do we see in the modern-day United States?  Drunkenness, sexual immorality, and quarreling!  This is how the world always lives.

We, though, must put off those things and put on the Lord Jesus Christ.  Here, I think we need to pay particular attention to Paul’s use of the word “Lord”.  Jesus is the best friend that sinners have ever had, but He is our Lord too.  Earthly lords expect to be obeyed, and so does Jesus.  We have to sanctify Him as Lord by being careful to follow His example.  Jesus defeated the flesh completely, and the more we become like Him, the more we will defeat the flesh too.

What’s more, we must call upon Jesus as our Lord like the people of 2000 years ago called on their earthly lords for help.  Sometimes, the devil may be too much for us, but he is never too much for the Lord Jesus!  Through Jesus, we can come constantly before the throne of God, and from experience, I think all of us know that prayer and sin don’t coexist in our lives.  The more we pray, the less we will sin.  Indeed, the more we pray, the less we will want to.

Third, Jesus leads us to VICTORY OVER SUFFERING.  Paul explains how he won this victory in Philippians 4:11-13.  A couple of weeks ago, The Babylon Bee ran a satirical article in which it claimed that the context of Philippians 4:13 had been erased from everyone’s Bibles.  I think, though, that when we read the verse in context, it becomes even more powerful.

To say the least, Paul didn’t have an easy life as a disciple!  As he attests here, there were times when he suffered from hunger and need.  This doesn’t mean that Paul was on a diet, or that he couldn’t afford the latest iPhone.  It meant that he didn’t have enough money to buy food for himself or to pay for a roof over his head.  He was starving.  He was homeless.

And yet, even when Paul’s basic needs weren’t being met, he said he was still content.  It was because Christ strengthened him to be content despite his great suffering.

There are those who say that being a Christian means that you won’t ever have to suffer.  Frankly, that’s complete nonsense.  I’m here to tell you, friends—you can be faithful to the Lord and endure great suffering, sometimes because you are faithful to the Lord.  If we expect everything to go smoothly for us because we’re living right, we are demanding that God fulfill a promise that He never made.

What God does promise us through Jesus, though, is endurance through suffering.  Jesus Himself suffered to the point of death on a cross, yet He overcame.  As a result, He can be both our example and our help.  No matter the suffering we face, we can overcome through Him who strengthens us.

Similarly, through Jesus we can have VICTORY OVER FEAR.  Here, let’s look at the promise of the Lord Himself in John 14:1-3.  Suffering is universal, but fear is universal too.  Even the best Christians struggle with fear.  We can be afraid of an uncertain future, but I think our greatest fears are of the certain.  We know that it’s appointed to man once to die, and after that comes judgment.  We know that we are mortal, we know that we are sinful, and that makes death and judgment both fearful things.

Jesus says to us, though, that we should not let our hearts be troubled.  Why?  Because He has gone to prepare a place for us, and when the time comes, He will take us there to live with Him forever.

As a result, no matter what is in front of any of us, as long as we know that we are being faithful to Jesus, we don’t have to be afraid.  No doubt, some unpleasant things are going to happen to us in the rest of our lives.  Unless the Lord returns first, every one of us is going to die.  Regardless of whether we die or not, every one of us, without exception, is going to have to stand before the awesome throne of God and explain ourselves.

However, through all of those things, we already know how the movie is going to end.  We know that we are going to spend eternity with Jesus.  We can trust in Him and not worry ourselves about how things are going to work out.

Finally, and most specifically in the context of 1 Corinthians 15, Jesus gives us VICTORY OVER DEATH.  Here, let’s look at 1 Thessalonians 4:13-18.  The other day, I found myself reading an article about why people should continue to work after retirement.  Among other reasons, the author argued that this was a good idea because of the likelihood that our lifespans will increase.  They opined that today’s 55-year-olds will feel better at 95 than they do now.

I think that’s probably a touch optimistic, but this I know for certain.  No matter how much our technology advances, no matter how knowledgeable and skilled our doctors become, sooner or later, we are all going to die.  Our bodies are mortal, and there is no way getting around that.  Death is the one foe that the human race never will defeat.

Jesus, however, as He defeated death for Himself, will defeat death for all of us.  I can’t imagine that medical science will ever be advanced enough to raise someone who has been dead for a year or two, but the voice of the Lord will summon from the dust even those who have been dead for thousands of years.  The unrighteous will depart into eternal destruction, but those who have served Him faithfully will reign forever with Him.  After that, Jesus will be done with defeating His enemies because there will be no more enemies to defeat.