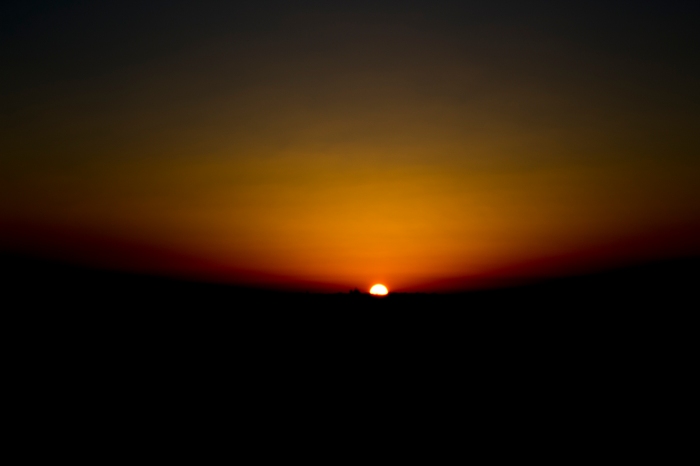 During my last two sermons on the resurrection, I’ve basically been preaching in a phone booth.  In order to build a case that will stand up to scholarly skepticism, I’ve been limiting myself to the facts accepted by scholarly skeptics.  Now, though, that we’ve established the resurrection as a historical fact, there’s no longer any reason for skepticism.  We can turn to the recorded experience of the eyewitnesses.

The apostle John describes this experience in 1 John 1:1-2.  Even though he doesn’t say so explicitly, it’s clear here that he’s talking about the encounters of the early disciples with the risen Lord.  They saw Him, they examined Him, they touched His resurrected body, and they wrote down their experiences so we could know the truth.

This morning, then, let’s turn our attention to those records.  I’m going to do much more reading than normal and let the stories largely speak for themselves, but with each story, I will highlight a few things.  Let’s marvel together at the power of the story of the resurrection of Jesus Christ.

Our first account this morning is the story of THE WOMEN AT THE TOMB.  Here, let’s read together from Mark 16:1-8.  The thing that most strikes me about this account is how utterly unexpected the resurrection is.  The two Marys and Salome have absolutely no idea what they’re going to find when they come to the tomb.  They’re bringing spices for the body that they confidently expect still will be there.  Their primary concern is what they’re going to do with the stone that they saw rolled against the entrance of the tomb.  One gets the impression that the stone was too large for a woman to budge.

However, when they arrive, they find the stone already gone, and within the tomb, not the body of Jesus, but a young man in white, clearly an angel, who proclaims the shocking news that Jesus has risen from the dead and expects to see His disciples.

This is completely outside the experience of these women, and it confuses and terrifies them.  All they know is the body’s gone, and there’s this guy who is telling them that the dead man wants to talk to them.  They pick the flight half of the fight-or-flight response, and at first, they don’t tell anybody what has happened.

After this, our next story in chronological order is the story of MARY MAGDALENE.  It appears in John 20:11-18.  All the women were confused, but Mary is extremely confused.  She thinks somebody has stolen the body of Jesus, tells Peter and John so, then returns to the scene of the supposed crime, weeping and upset.  She sees two angels sitting in the tomb and argues with them that no, someone really has taken the body!

Then Jesus comes to the tomb, but she doesn’t recognize Him.  In fact, she thinks He is the body-snatcher!  She insists that He take her to the body.

Instead, He says her name, and the world changes forever.  Many Christians don’t realize it, but the well-known hymn “In the Garden” is actually about this moment.  As a result, when the hymn says, “The joy we share as we tarry there none other has ever known,” that’s not hyperbole.  It’s literal truth, because Mary is the first person ever to know for certain that Christ has risen.

Now, Mary has seen the Lord, heard the Lord, and even embraced the Lord, and she is the first disciple to be transformed by the encounter.  She came to the tomb weeping, confused, at her wits’ end.  She leaves the tomb triumphant and exultant.  The woman who had been crushed by Jesus’ death proudly announces to the disciples that He lives.

From here, the action shifts to THE ROAD TO EMMAUS.  This will be our longest account of the morning, and we find it in Luke 24:13-35.  These two disciples lived just outside of Jerusalem, had come into the city for the Passover and the Sabbath, and now were returning to their homes.  They thought Jesus was going to redeem Israel, but instead, they saw Him crucified.  This Sunday morning, though, there have been confused reports that the tomb where He was buried is now empty and that angels have proclaimed Him alive.  However, rather than being overjoyed about this, they’re still sad.  Even now, despite multiple appearances, the disciples still don’t get it.

As with Mary, the One who appears to clear up their confusion is Jesus, though at first they don’t recognize Him either.  Even though their attitude seems perfectly understandable to us, He doesn’t appreciate it.  He tells them that they should have expected all of this because the prophets predicted it, which, frankly, is a very Jesus kind of thing to say.

Then, He interprets for them all the Scriptures concerning Himself.  There are certain places in the Bible where we’re told that a sermon was preached, but we don’t have it.  This is one of them, but boy, I wish we did have it!  What would it be like to read Jesus explaining how He fulfilled all those prophecies?  Better still, what would it have been like to hear it?

However, even that doesn’t convince the two disciples.  They remain unbelieving until He reveals Himself to them and vanishes.  Now all the pieces of the puzzle fall into place, and they rush back to Jerusalem to report the news.

Right after this comes the story of Jesus’ appearance in THE UPPER ROOM.  Look at Luke 24:36-43.  As Jesus had disappeared from that house in Emmaus, now He reappears in the upper room.  Once again, rather than being overjoyed about this, the disciples are frightened.

This is completely understandable.  We know from John’s account that on this occasion, the doors have been locked because the disciples are afraid of the Jewish authorities.  And yet, here is Jesus, suddenly inside the room!  Not surprisingly, the disciples conclude they’re seeing a spirit.

However, they’re wrong, and utterly wrong.  Notice just how much bodily experience the disciples have of Jesus at this point.  They touch His crucified hands and feet.  They feel His flesh and His bones.  They still don’t get it, so He takes a piece of fish and eats it in front of them.  In fact, I think this is the event that John refers to in 1 John 1.  Clearly, this is no spirit or hallucination.  This is the real, living, breathing Lord who has risen from the dead.

Our final story for the morning is the story of THOMAS.  We find it in John 20:24-31.  Even though the other apostles were in the upper room on that memorable Sunday night, Thomas wasn’t.  All the others are on board with the conviction that Jesus has risen from the dead, but Thomas isn’t.  In fact, he dismisses their claims sarcastically by demanding a level of proof that that he thinks nobody can meet.  He’s not going to believe unless he too touches Jesus.

However, as He had done a week before, Jesus appears and meets the standard of proof.  Thomas touches the nail scars.  He even puts his hand into the hole that the Roman spear left.  Before this onslaught of evidence, Thomas too crumbles and acknowledges Jesus as Lord and God.

Before we leave this story, though, there are two things worth noting.  First, even though Thomas has believed because he has seen, Jesus notes that the truly blessed are those who have believed without seeing.  Then, John takes over and explains how this is possible.  When we read what he and the other disciples have reported about their experiences, even 2000 years later, we can believe and have life.  This, friends, must be the foundation of our faith.  Because the eyewitnesses have established that Jesus rose from the dead, we can know that He is the Son of God and have all the reason we need to live for Him.