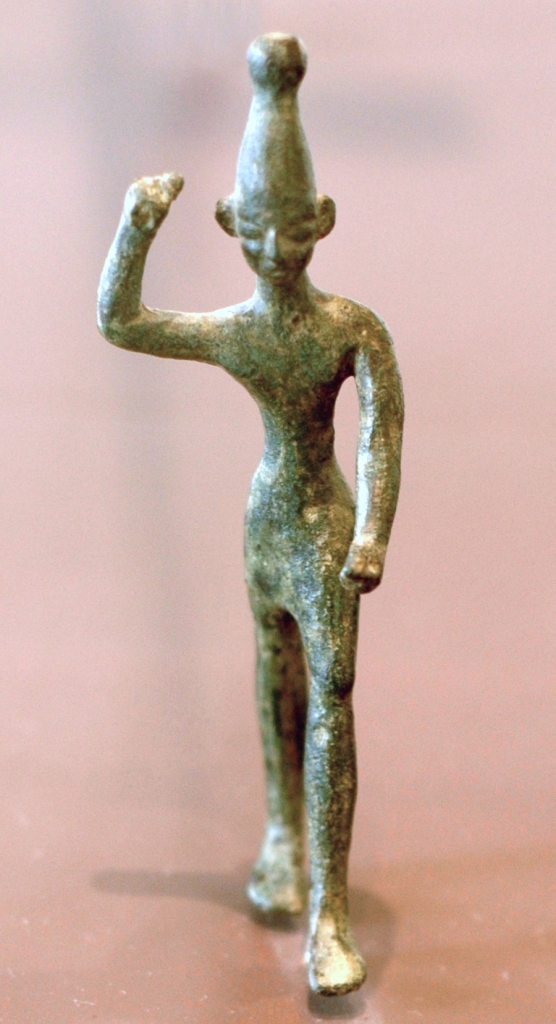 In Deuteronomy 7:26, Moses warns, “And you shall not bring an abominable thing into your house and become devoted to destruction like it.  You shall utterly detest and abhor it, for it is devoted to destruction.”  In context, Moses is talking about idols.  The Canaanites, of course, were idolaters, so when the Israelites came into the land and dispossessed the former inhabitants, they would naturally end up with a bunch of houses and even temples containing idols.

God gave strict warning about what had to be done with those idols.  They couldn’t be preserved and worshiped, obviously, but the Israelites weren’t even allowed to salvage the gold and silver of which they were made.  Instead, the whole thing had to be destroyed.  They were devoted to destruction, and if the Israelites transgressed God’s law in this, they too would be devoted to destruction.

Idolatry was so abominable, and exposure to it was so corrupting, that God required His people to take every precaution lest it contaminate them.  Sadly, Israel didn’t listen.  God’s people embraced the idols of the nations around them until they were exiled for their sins from the land He had given them.

Today, then, we must be wary of the danger of bringing the abominable things of the people around us into our homes.  Naturally, the concern here is not about literal idols.  To my knowledge, I don’t have any neighbors who own 50-pound idolatrous statues.

Instead, the problem is with the idols that the people around us actually worship.  Like Paul in Athens, when we go about our business, we can’t help but be exposed to those idols.  For instance, every time I drive into town here in Columbia, I inevitably see that bail-bonds billboard featuring an, um, surgically augmented woman.  If our nation today worships anything, it worships what she stands for, and it ain’t bail bonds!

We see idols because we live in an idolatrous time.  As with Paul, are our spirits are provoked within us as we see these things because we recognize them for the abominations they are?  Or, conversely, do we imitate the Israelites and bring these abominations into our houses?

There are few things that have as much power to corrupt us as the images we bring into the screens in our homes—our TV’s, our desktops, or even our smartphones.  I’m not talking particularly here about pornography (though obviously that shoe fits).  I’m talking about the things that our society doesn’t consider pornographic (admittedly, a line has moved a fair bit over the past 50 years), but that are provocative.  I’m talking about movies featuring women who aren’t wearing nearly enough, TV dramas built around racy storylines, and sitcoms that are filled with innuendo and trashy humor.  If we don’t think that those things are also part of the American cult of sexuality, we are sadly mistaken.

We know where all of this is headed.  John tells us in 1 John 2:17 that the world is passing away along with its desires.  As with the idols of old, all of our national idols are devoted to the fire.  Their ultimate end is not in question.  Instead, the question is whether our acceptance of these abominable things will lead us to become devoted to destruction like them.

One thought on “Bringing Abominations In”