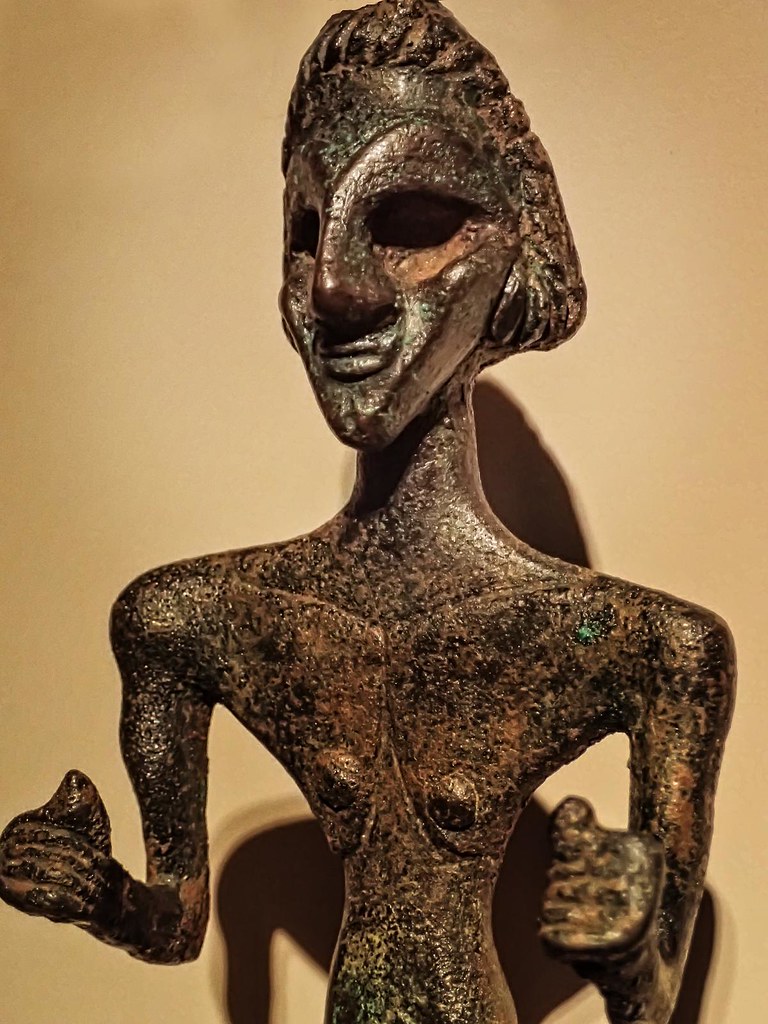 Commonly, we think of jealousy as a vice, a sin.  However, even though jealousy can lead to extreme and ungodly behavior (shooting your spouse is still not OK, even if you catch them in flagrante delicto), jealousy itself is not inherently evil.  After all, in Exodus 34:14, God says of Himself, “The Lord, whose name is Jealous, is a jealous God.”  Jealousy is part of God’s identity.

Sadly, for the next thousand years after Sinai, God’s jealousy was the personality trait His people most provoked.  God warned them, “Yu shall tear down your altars and break your pillars and cut down their Asherim. . .lest you make a covenant with the inhabitants of the land, and when they whore after their gods and sacrifice to their gods and you are invited, you eat of his sacrifice.” (Exodus 34:13, 15)  However, this simple rule was honored mostly in the breach rather than the observance.  Over and over again, the Israelites went after the false gods of the nations around them, rousing God’s jealousy to new heights of fury.

Perhaps the most striking expression of this jealousy appears in Ezekiel 16, surely one of the most graphic, ugly chapters of the Bible.  In language filled with rage and pain, God compares his people to a cherished wife who becomes a prostitute.  “I will make you stop playing the whore,” He says in Ezekiel 16:41.

Indeed He did.  Because of their spiritual unfaithfulness, God delivered His people over to captivity, and they stayed there until they learned to be faithful.  The Jews had other spiritual problems after they returned to the land, but they never again struggled with idolatry.

Today, we must learn to regard all of this as more than a sad historical footnote.  God has not changed.  He is still a jealous God, and once we pledge ourselves to Him, He expects us to be devoted to Him and not pursue the idols of the people around us.

Make no mistake about it.  Even though we don’t have golden statues on every corner, we still live in an idolatrous land.  In Colossians 3:5, Paul says that covetousness is idolatry.  Whether they realize it or not, the millions of Americans who love money are devout worshipers of Mammon.

There are other idols that the people around us hold dear.  Status is one.  Family is another (and if you doubt this, dare to suggest on Facebook that people’s children should not be the most important thing in their lives!).  There are many who give themselves to the idolatrous pursuit of sexual pleasure.

Indeed, anything that we put before God is an idol that provokes Him to jealousy.  Worldlings certainly do this, but so do many Christians.  “But we’re at services every Sunday!” they reply indignantly.

Doesn’t matter.  The Israelites never stopped worshiping Yahweh.  That wasn’t the problem.  The problem was that they wanted to worship Baal and Ashteroth and Molech and Tammuz right alongside the God of heaven and earth.  If a man continues to sleep with his wife while having an affair, that doesn’t make him any less an adulterer, nor give her any less right to be jealous.

So too with God.  He’s not interested in a timeshare arrangement in our hearts, where He gets Sundays and our idols get the rest of the week.  He wants all of us, all the time, and if we don’t offer Him that, we will make Him jealous.

The point here is not that we need to become monks, nor is it that careers and families are a bad thing.  Instead, it is that we must put God first of all and first in all.  It’s godly to be a hard worker.  It’s godly to be a good parent.  However, when we love those things more than the One who told us to love them, that’s where the idolatry comes in.  As we strive for these goals that He has set before us, may we always remember that our calling is not to seek them.  It is to seek Him.