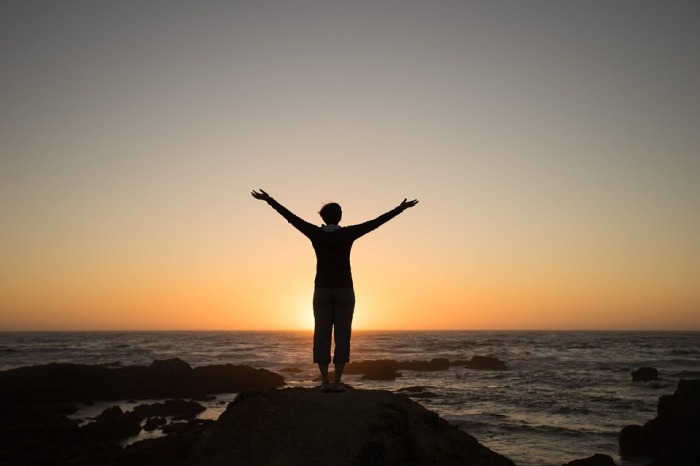 I’ve never met a Christian who believed that you had to be married to go to heaven.  However, sometimes the way that we treat the subject might give the opposite impression.  Churches all over the country hold gospel meetings on marriage and the family, but I’ve never even heard of a gospel meeting aimed at the unmarried.  The same holds true with Bible classes.  I’ve been in all kinds of marriage-enrichment classes, but I’ve never seen a Bible class specifically for singles.  It’s very easy for single Christians to draw the conclusion that the ideal disciple is married with 2.4 children, and if that’s not you, you’re some kind of second-class disciple.

However, this impression is as unwarranted as it is insulting.  There is nothing in Scripture that suggests that being single is a spiritual problem.  Arguably the most famous disciple of Christ in history, the apostle Paul, was single.  For that matter, so was Jesus Himself.

Consequently, the notion that we can’t really follow Christ unless we’re married is absurd.  Unmarried Christians need and deserve some attention for their situation too.  Let’s look this morning, then at what it means to be heaven bound for singles.

Before I get into the applications, though, I want to spend some time talking about some SPECIAL SITUATIONS that might lead a Christian to be single.  Of course, there are probably as many reasons to be single as there are single Christians, but I think that two of those reasons are worthy of particular mention.

The first of these reasons for a Christian to be single is that it is unlawful for them to get married.  Jesus explains in Matthew 19:9-12.  According to our Lord, anyone who gets divorced for any reason other than a spouse’s infidelity cannot get remarried without committing adultery themselves.

This horrifies the disciples.  They protest that if marriage is so restrictive, it’s better not to get married at all.  In response, though, Jesus notes that just as some people are eunuchs without choosing to be, there are those who choose to be eunuchs for the sake of the kingdom of heaven.  He isn’t, of course, advocating actual physical mutilation.  Instead, He is referring to those who are unscripturally divorced.  The only way they can honor God’s kingdom is by remaining celibate.  This was true 2000 years ago, and it’s true now.  Christians who don’t have a Matthew 19 right to marry must remain unmarried.

Similarly, there are Christians who choose to remain single throughout their lives in order to please God.  1 Corinthians 6:9-11 gives us some insight here.  I particularly like the ESV’s rendition of this text because instead of saying “homosexuals” and “effeminate” like the NASB, it says, “men who practice homosexuality.”

Instead, such Christians only sin when they engage in unlawful sexual activity or when they choose to lust—the same as for the rest of us.  However, there is no lawful way for them to indulge their desires, there being of course no Biblical justification for same-sex marriage.

However, regardless of why someone is single or how long they intend to remain single, there are some things that all single Christians ought to do.  The first of these is to PURSUE PURITY.  Consider John’s words in 1 John 3:2-3.  As Shawn observed last week, the only physical intimacy that pleases God occurs in marriage.  It is a sin for unmarried people to have sex.  It is also a sin for unmarried Christians to see how close they can get to the line without actually going all the way.  The same Bible that warns us against fornication also warns us against impurity and sensuality.  For that matter, lust is a sin.  It’s evil for us to think sexually about somebody who isn’t our spouse.

All of this runs exactly counter to the wisdom of the world.  We live in a society for which sexual autonomy is the highest good.  There is nothing more important to most Americans than satisfying the lust of the flesh.  If you doubt me, consider abortion.  Legalized abortion exists because to millions, unrestrained sexual immorality is so important that they are willing to kill children to preserve it.  In countless movies, TV shows, and pop songs, this is the lesson we are being taught.

In an environment like this, it’s not enough for single Christians to say “No.”  Nobody can maintain that “No” forever.  Instead, they have to say “Yes”, “Yes” to the hope that is set before them, the hope that one day, they will see Jesus and be made like Him.  That is the hope that purifies.  When Christ is most important, the lust of the flesh necessarily becomes less important.

Second, single Christians must USE THEIR ADVANTAGES.  Paul explains in 1 Corinthians 7:32-34.  We’re used to considering the advantages and blessings of the married state, but Paul points out here that single Christians have one massive advantage.  They can devote their undivided attention to the Lord.

This is no small thing, brethren!  Back before I got married, I had all the time in the world.  I had all the energy in the world.  If I wanted to spend every waking moment writing hymns or talking about the Bible with friends, I could do that.  Now, that’s no longer true.  My wife and children have an equal call on my time, and if I devote myself completely to the gospel anyway, then I may well win the world and lose my family.

Singlehood, then, isn’t some kind of wretched state to be endured until marriage or the end of our lives, whichever comes first.  Instead, it’s a season of life with unique opportunities for service and spiritual growth.   Those free evenings and weekends, where time seems to hang so heavy on unmarried Christians’ hands, are actually gifts from God that they can use for His glory.  You can help so many people.  You can let your light shine in so many dark places.  You can be such a blessing to this church.  All it takes is faith and the determination to use what you have been given.

Third, singles should REMEMBER GOD’S FAMILY.  Jesus speaks to this issue in Mark 10:29-30.  He tells us that Christians who left everything for His sake are going to get back a hundred times as much, even in this life.  Of course, this isn’t Jesus promising us some get-rich-quick scheme.  Instead, He’s referring to the blessings that come with belonging to His church.  In Christ, we’re part of a family that is a hundred times bigger than the biggest earthly family out there!

This means, then, that Christian singles have the opportunity to avoid one of the most difficult parts of singlehood—the problem of loneliness.  Physical closeness, of course, is only lawful in marriage, but emotional closeness is perfectly permissible outside of it.  In fact, it’s encouraged.  God calls us to be close to one another, to be involved in one another’s lives.  That’s part of His plan for His people.

Sure, maybe singles in the world are doomed to be lonely.  Maybe they can’t find anybody to share their lives with.  However, that should never be true for unmarried Christians.  At Jackson Heights, there’s a constant round of studies and potlucks and special events, such that if you want to, you can fill your social calendar with nothing more than the things that we’re doing right here.  I think it’s fair to say that Christians here have the opportunity to be as close to other Christians as they want to be.  Members who want friends can find them.  There’s no call for any of us to sit around at home feeling sorry for ourselves.  The more we involve ourselves, the more we will benefit.

Finally, unmarried Christians should BE FEARLESS IN GOD.  Look at Hebrews 13:5-6.  There are a number of opposites in Scripture, but one that we tend to overlook is the opposition between faith and fear.  This is a choice for every disciple, but I think it’s especially a choice for unmarried disciples.  Single Christians must choose whether they are going to live lives of faith or lives of fear.

We might not see it at first, but single people in the world are living lives of fear.  All the partying, all the sleeping around, those things are driven by the fear that without sin, they will be unhappy.  They don’t trust the promises of God, so they sin in search of the happiness they don’t think He will provide.  Sadly, 99 percent of the time, sin leads only to disappointment.

The life of faith is harder.  It’s hard to step out of the boat and stand on the Sea of Galilee like it’s dry ground, when every brain cell is screaming that you’re going to sink.  The world calls that foolishness.  In fact, there’s only one reason why it’s not foolishness, one reason why we’re going to stand instead of sinking.  That reason is God.

In his lesson last week, Shawn talked about the importance of the wife as a helper for her husband.  I amen everything he said.  Under the sun, I have no better helper than my wife.  However, my wife is not my greatest helper.  None of our spouses are.  Instead, for every one of us, God is.  He is the helper who is always there, the helper we cannot do without, and that is just as true for us whether we are married or single.

I say, then, to all of my single brothers and sisters who are here this morning:  live fearlessly!  Dare to be pure.  Dare to be holy.  Dare to be useful.  Dare to be happy.  Set your feet confidently on the path to heaven, no matter how steep it looks.  The Lord is your helper, and He will not let you fall.